Anupama Saha is an Indian Classical Dancer, Choreographer and an Exponent of Odissi & Bharatanatyam (Both Indian Classical dance forms). She did professional Odissi training under several great Gurus like Guru Jyoti Raut and Guru Tejas Hemsell. Also, she learnt Bharatanatyam from Guru Jayashree Kumar. She did lots of solo performances in prestigious events, choreographed dance shows in India, USA and Canada and has years of teaching experience. 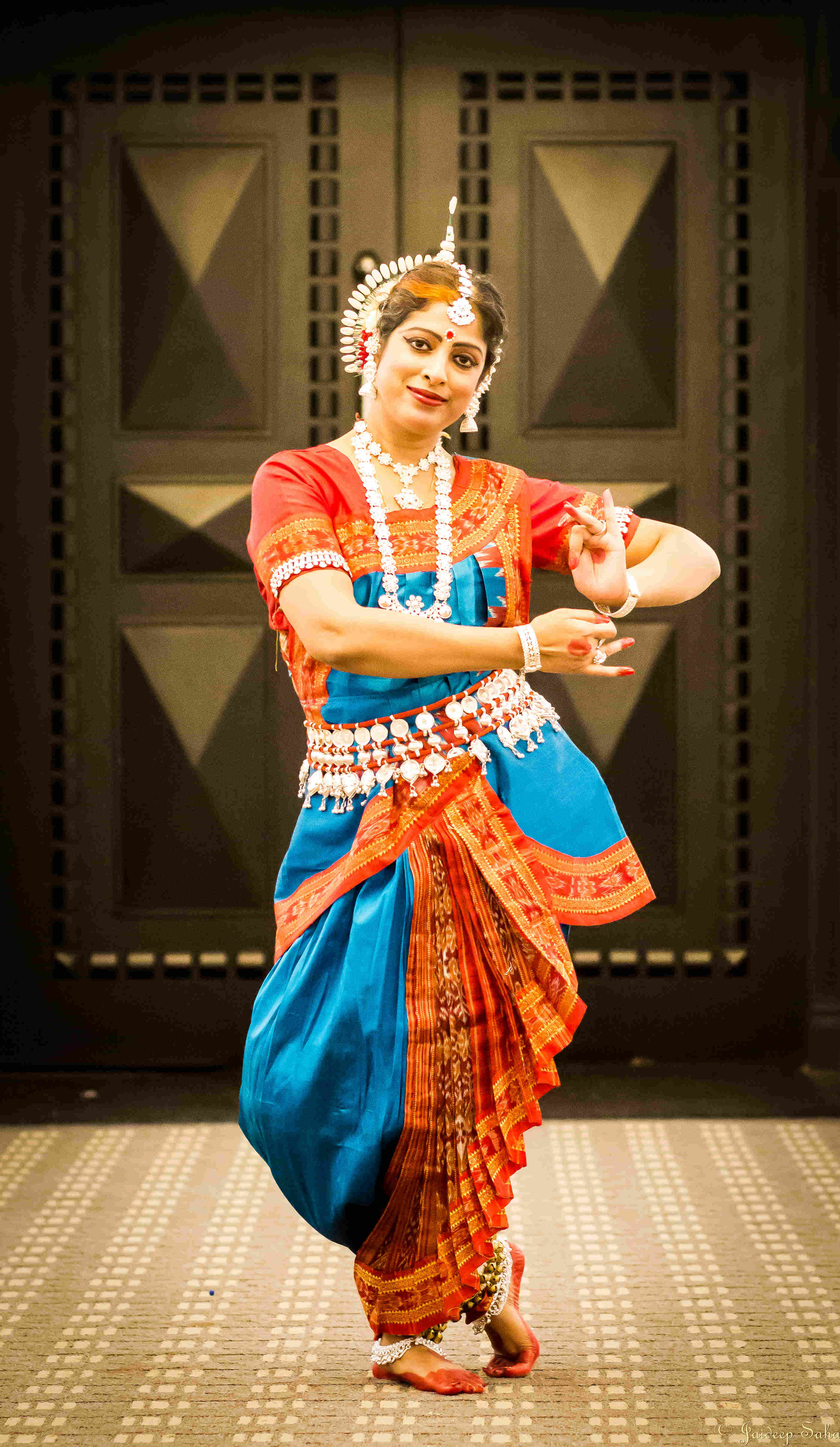 Odissi or Orissi is one of the pre-eminent classical dance forms of India which originated in the Hindu temples of the eastern coastal state of Odisha in India. Its theoretical base trace back to ‘Natya Shastra’, the ancient Sanskrit Hindu text on the performing arts. Age-old tradition of Odissi is manifested from Odisha Hindu temples and various sites of archaeological significance that are associated with Hinduism, Jainism and Buddhism, the sculptures of which adorn dance postures of this art form. A form of illustrative anecdote of mythical and religious stories, devotional poems and spiritual ideas emoted by dancer with excellent body movements, expressions, impressive gestures and sign languages, its performance repertoire includes invocation, nrita, nritya, natya, and moksha. This dance form includes themes from Vaishnavism and others associated with Hindu gods and goddesses like Shiva, Surya and Shakti.

Bharatanatyam, a pre-eminent Indian classical dance form presumably the oldest classical dance heritage of India is regarded as mother of many other Indian classical dance forms. Conventionally a solo dance performed only by women, it initiated in the Hindu temples of Tamil Nadu and eventually flourished in South India. Theoretical base of this form traces back to ‘Natya Shastra’, the ancient Sanskrit Hindu text on the performing arts. A form of illustrative anecdote of Hindu religious themes and spiritual ideas emoted by dancer with excellent footwork and impressive gestures its performance repertoire includes nrita, nritya and natya. Accompanists include a singer, music and particularly the guru who directs and conducts the performance. It also continues to inspire several art forms including paintings and sculptures starting from the spectacular 6th to 9th century CE temple sculptures.